31 October, 2015 – The charming rising actor, Kang Ha Neul was in town for the first time last Saturday (October 31st) for the promotion of movie ‘Twenty’!(part of the Korean Film Festival 2015 this year)

In the afternoon promptly at 2PM, Kang Ha Neul showed up at the public showcase held in Plaza Singapura and greeted the media & fans with his sunshine-like smile and cute V-signs! The showcase then officially begins with his soulful voice, singing to ‘Three Things I Have Left’(내게 남은 세가지), an OST track sang by him for drama ‘Angel Eyes’. He mentioned that he personally like to sing and would practice singing at home.

When he was asked,
“Do you have any plans to release any album in the future?”
He laughed shyly and shook his hand. “No no no, I’m just actor” 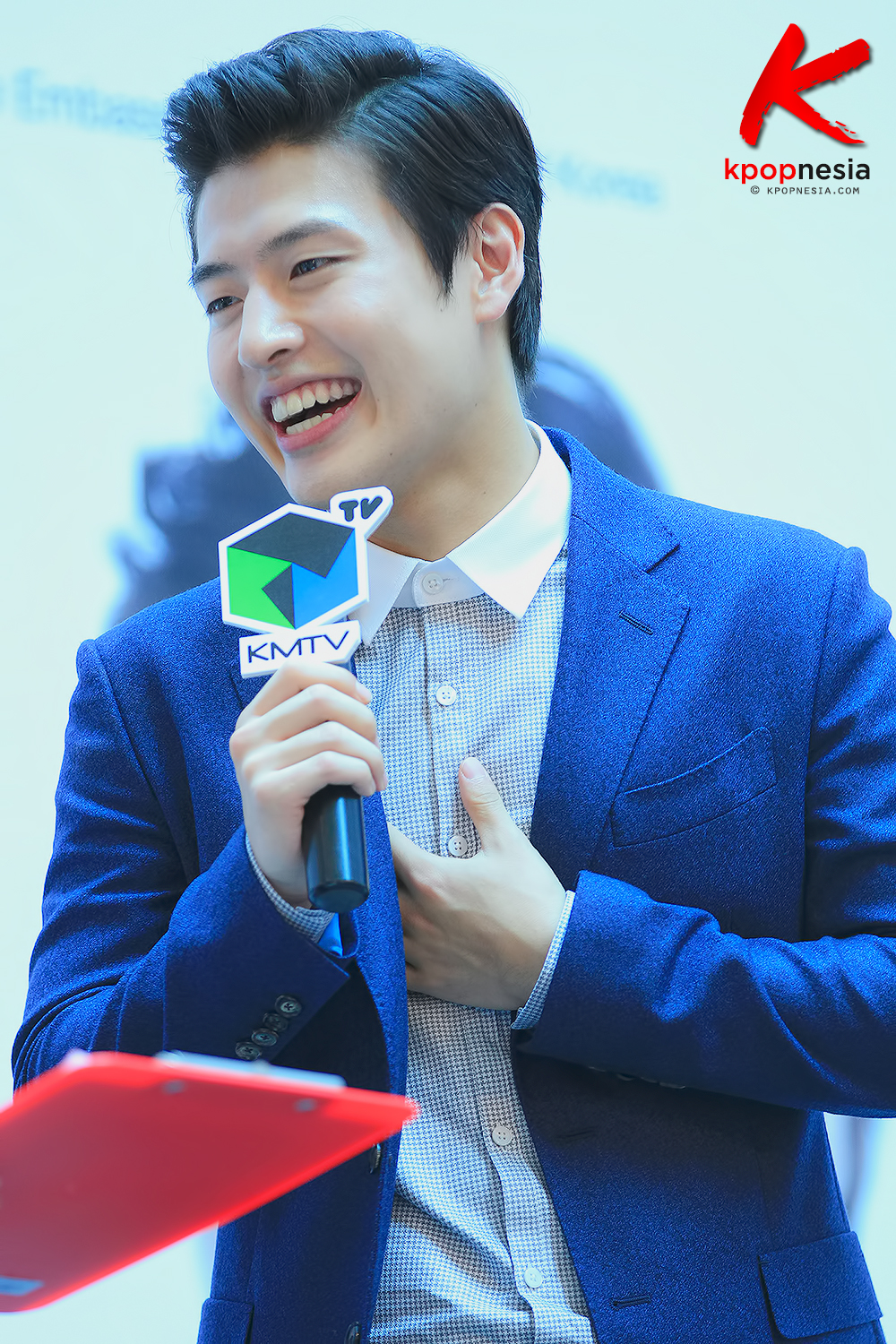 The emcee then ask about how he feel being in Singapore for the first time.

He briefly shared his thoughts in English that, “Singapore is very hot but beautiful view~” and visibly excited as he exclaimed, “I love Singapore~”

Also, he expressed that this was the first time he’s been to Singapore and was very surprised because he didn’t expect he has so many fans here. He’s very thrilled that many of you are fans of him.

Next up was a game segment called ‘Song Charades’! There are 5 lucky fans who got a chance to play a game with Kang Ha Neul. Each fans were required to listen to the K-pop songs using the headphones provided and sing it out, while Kang Ha Neul will try to guess the song title. The one who allows Kang Ha Neul to guess as many song as possible will be the winner. Although it was supposedly to have only one winner, Kang Ha Neul requested to take polariod shots with all the lucky fans who participated and giving them warm hugs. How sweet of him! 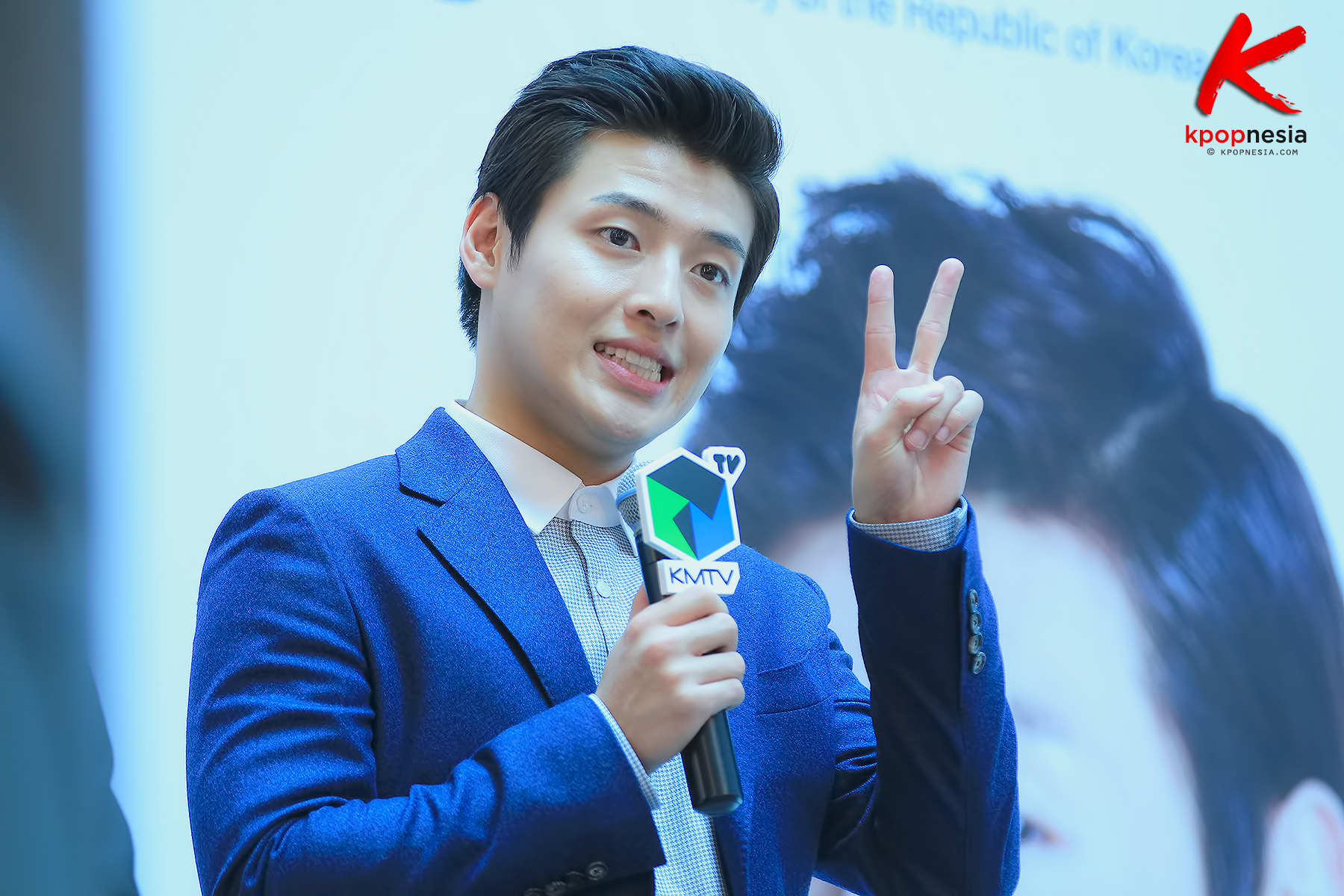 Besides the game segment, Kang Ha Neul got to field questions from the media.
He confessed that he make a V-sign with his fingers when posing for photographs because it will be awkward if he doesn’t do so.
– “(✌) 안하면 어색해서 그래요ㅎㅎ” (It’s his way to ease the awkwardness. XD)
He also mentioned that he really loves coffee and respects Hollywood Actor Jim Carrey a lot and it would be great if he could meet him one day and Oh! he would love to work together with his close friend, Actor Kim Woo Bin and 2PM’s Junho again. 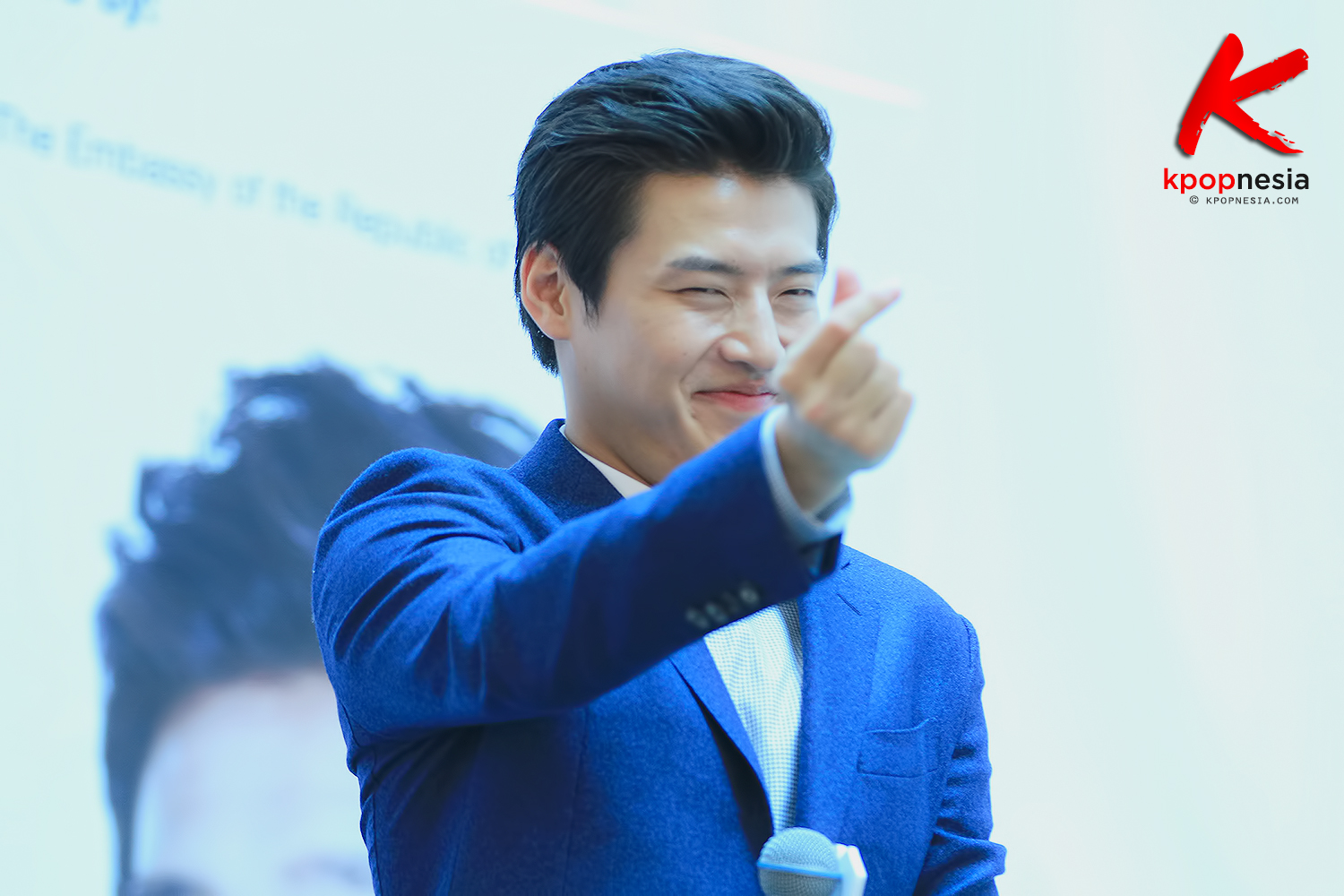 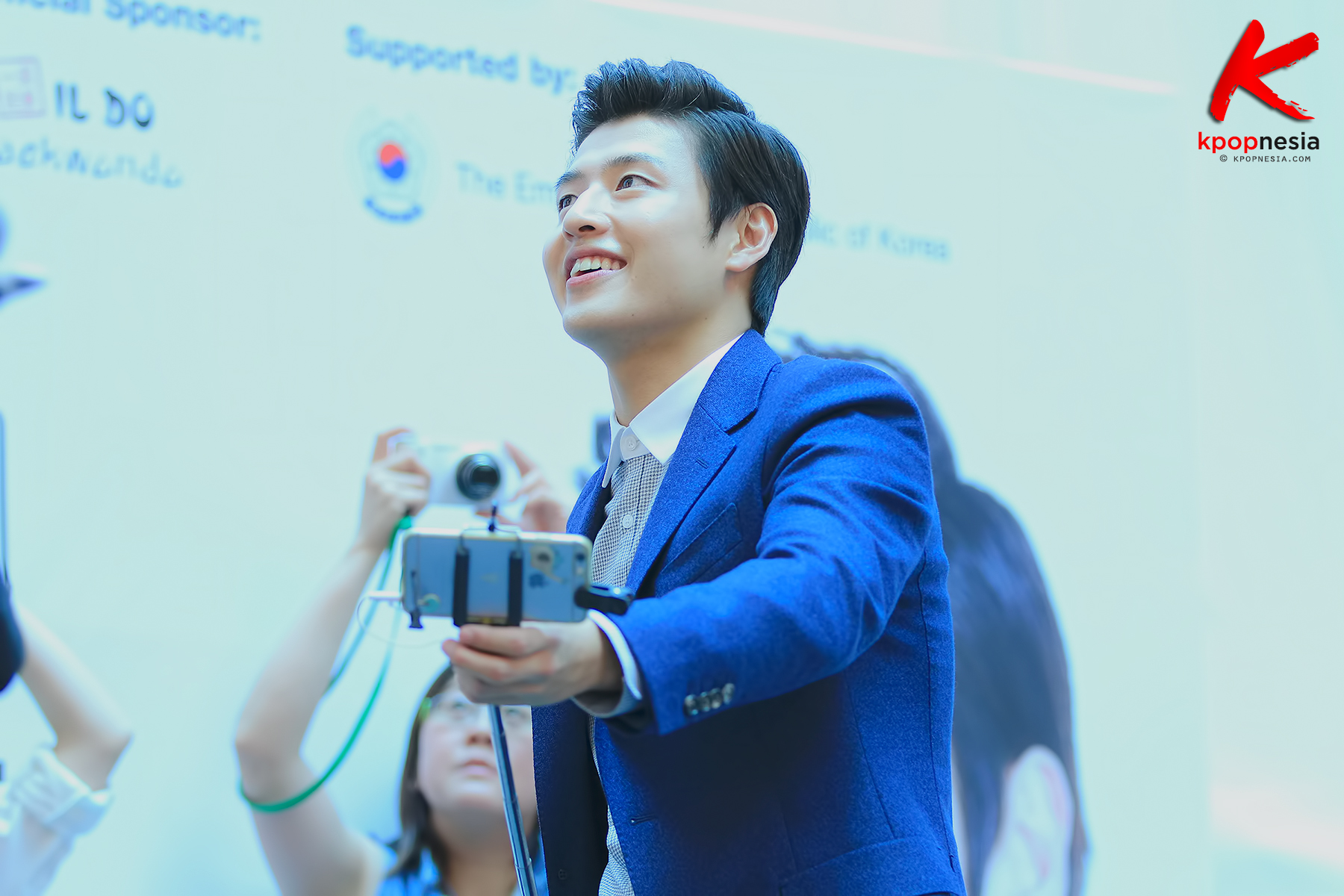 As the show started winding down, Kang Ha Neul requested to sing without the background music and put on a mesmerizing performance of ‘I Choose To Love You’(널 사랑하겠어). After that, he took a group selfie with everyone at the showcase and made his final speech, conveying his appreciation to the fans for their support; he’s really really thankful and he hopes to come back to Singapore again soon.

We would like to express a sincere thank you to KMTV Asia for extending the invitation to KPOPNESIA!

Photo and Article by: E
–